With a refurb on the cards, the popular Ayscoughfee Hall Cafe in Spalding Town Centre (very nice food, just saying..) got in touch with a very bespoke request – a giant map of the Lincolnshire(ish) region where they can feature their local suppliers – but not just any old map.

The girls at the café wanted a hand drawn map – not necessarily to scale, but with a bit of personality. After asking around and getting turned down by others, they stumbled across little old me…how could I possibly turn them away?

So I took a look at their cutesy identity and felt a similar style map might be what they’re looking for. Many hours later, the early draft was born – and they said it was just what they were looking for! 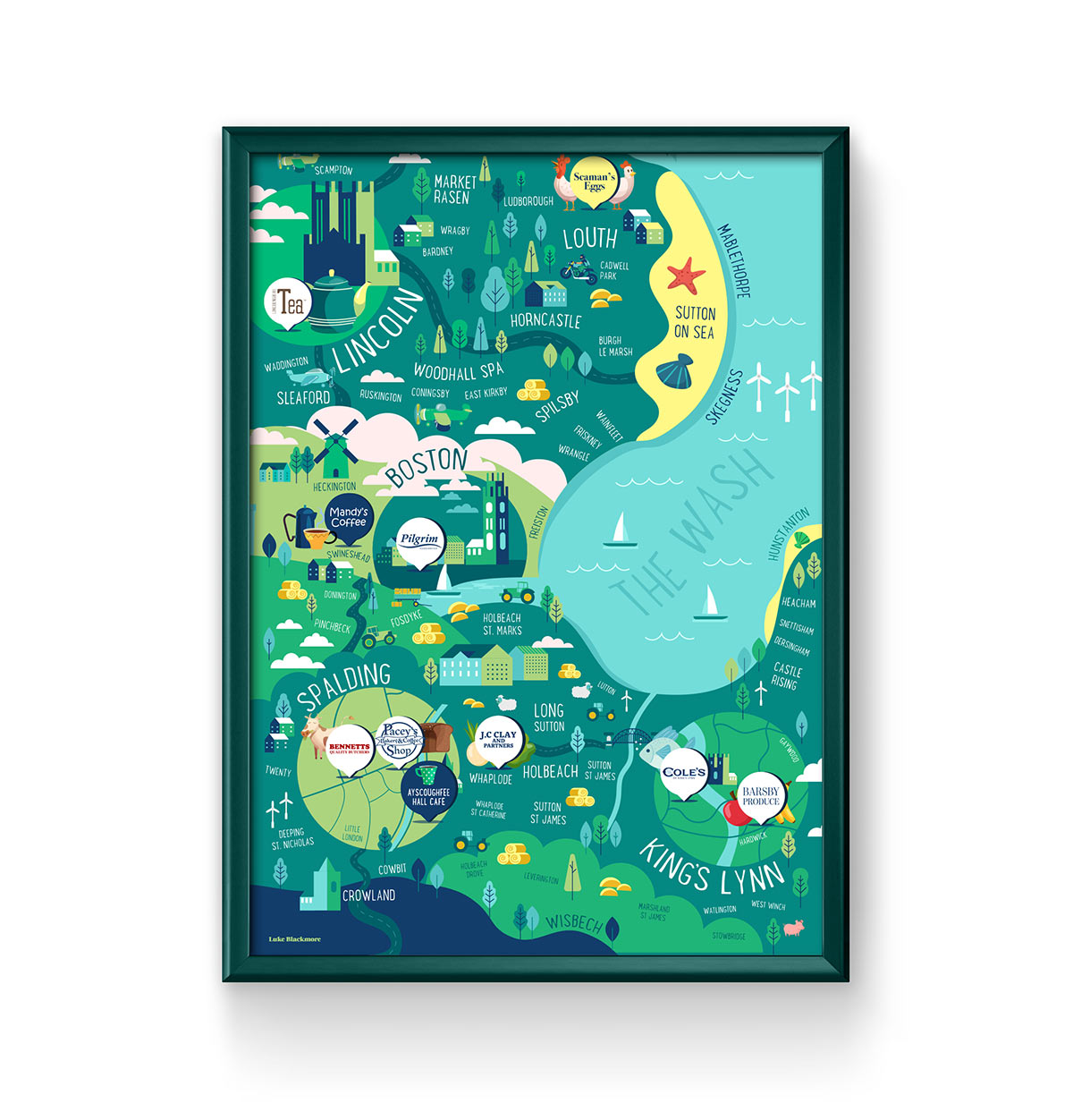 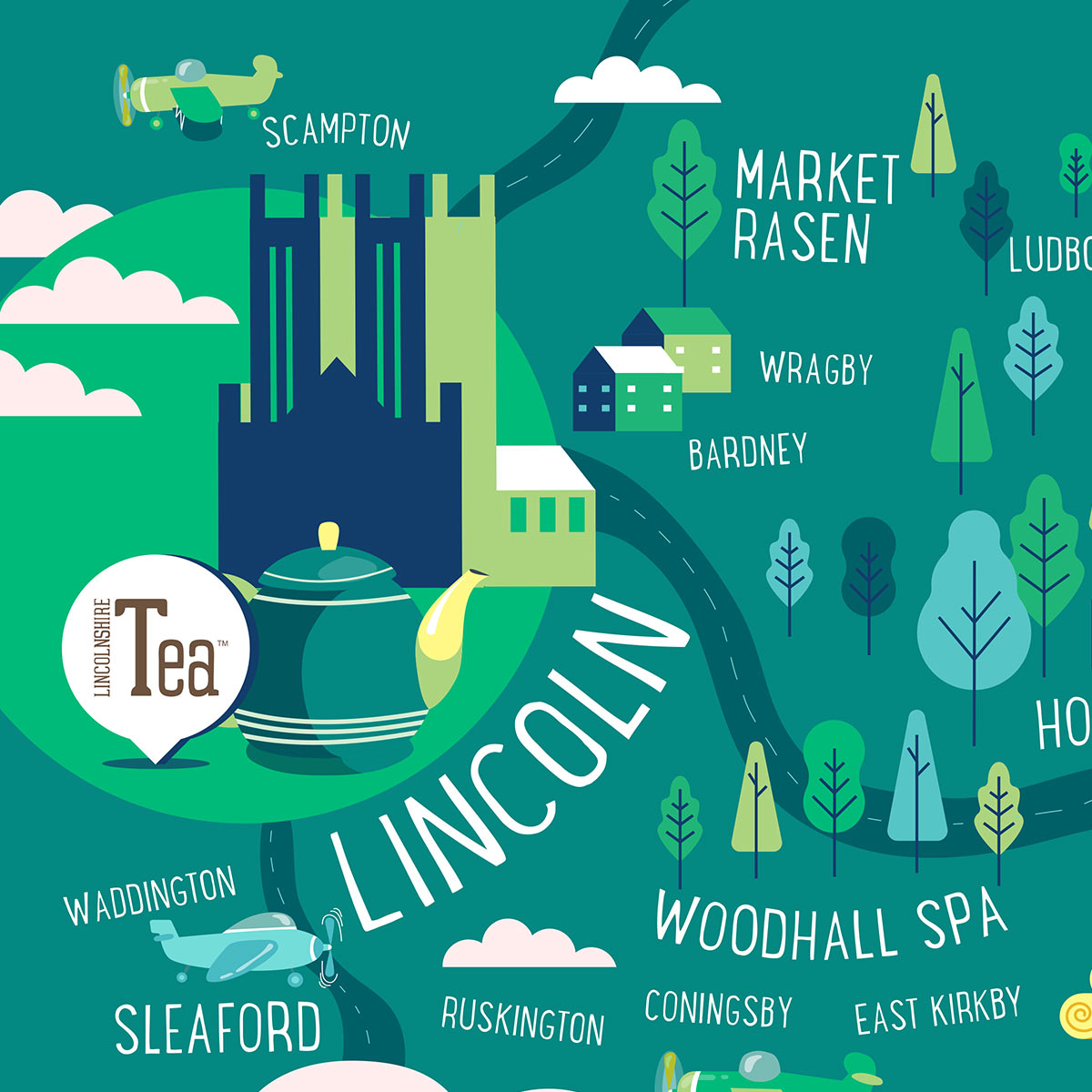 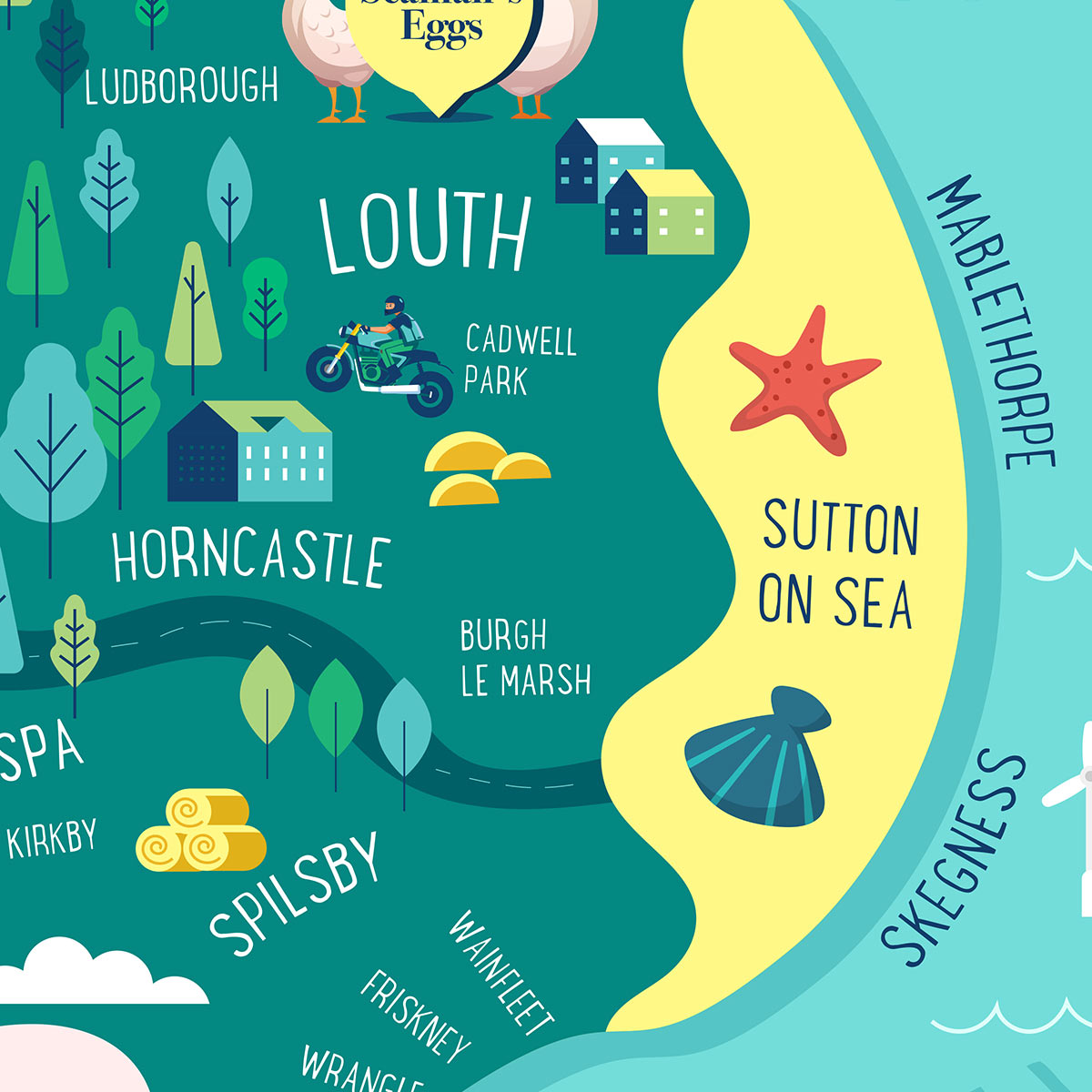 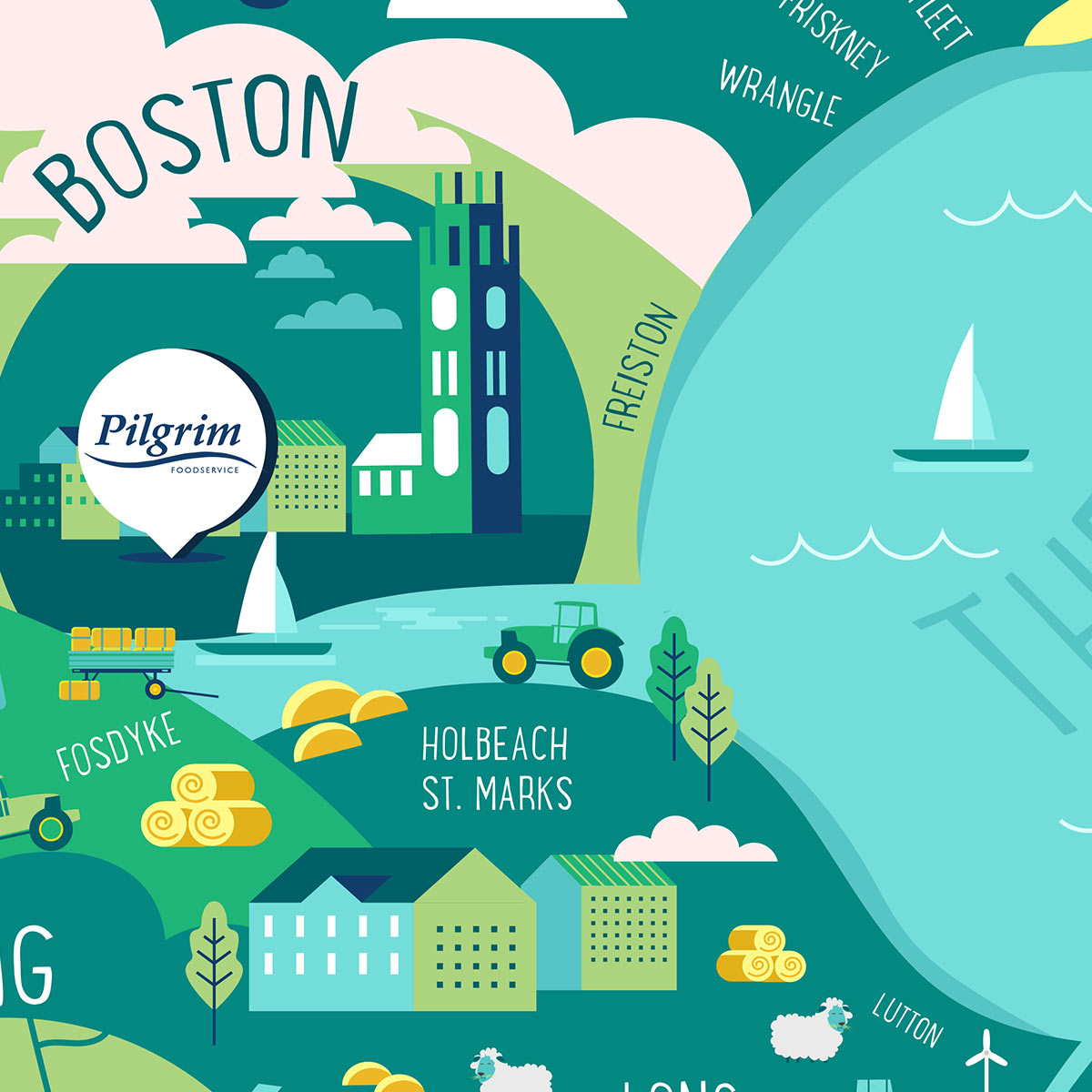